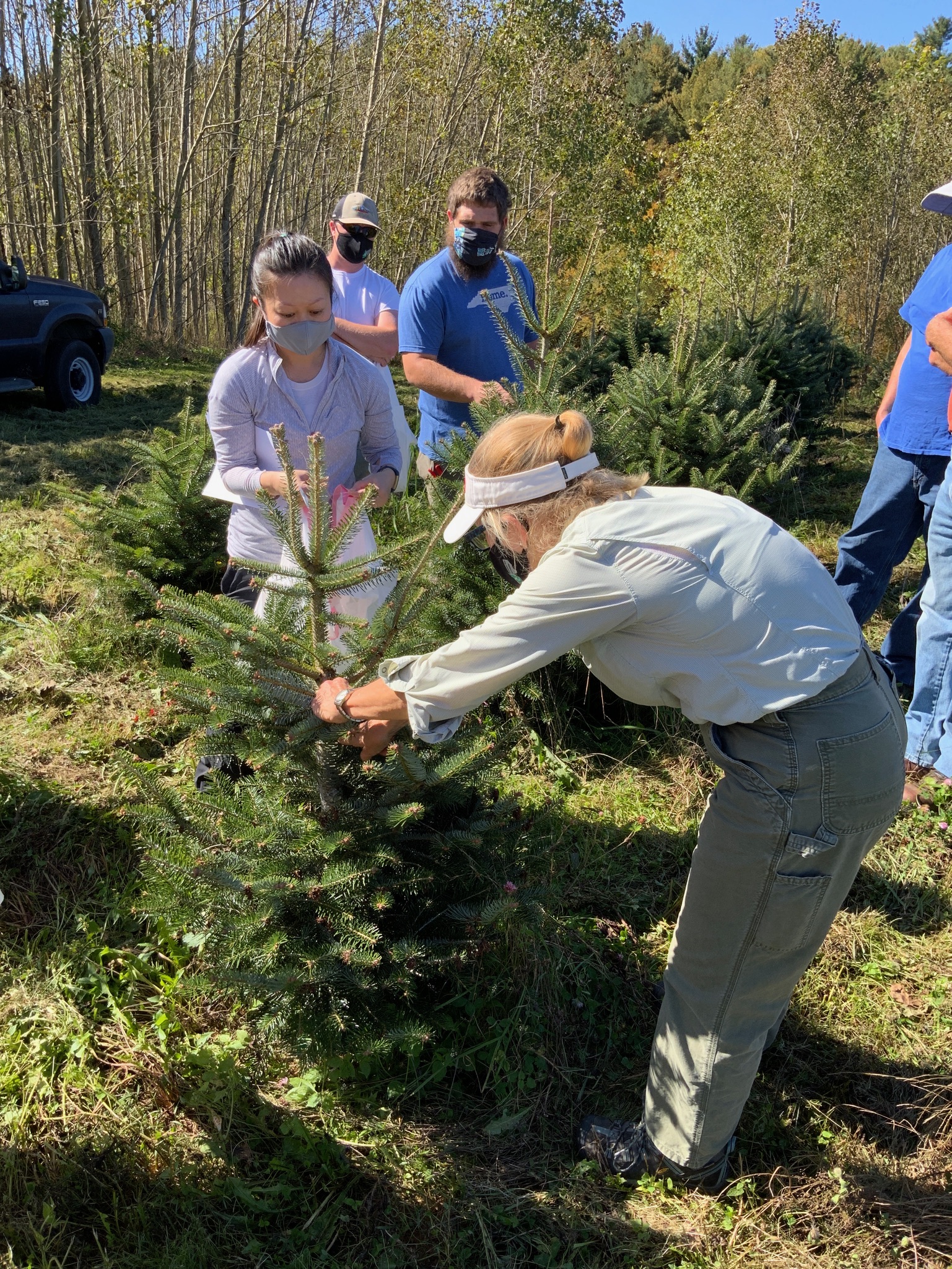 Fraser fir (Abies fraseri) is a conifer tree native to North Carolina’s Appalachian mountains and represents over ~98% of all Christmas tree species grown in North Carolina. According to the US Department of Agriculture, the majority of Christmas trees sold annually in the US belong to the fir genus (Abies spp.).

Fraser fir is ideal as a Christmas tree due to its soft needles, lasting aroma, excellent post harvest needle retention, and sturdy yet flexible branches for hanging ornaments. North Carolina Fraser fir has been chosen for the official White House Christmas tree more than any other species: 14 times total.

North Carolina is ranked second in the nation in Christmas tree production, both in number of trees harvested and in cash receipts.

Strong efforts of the Christmas Tree Promotion Board and the National Christmas Tree Association have increased the demand for real trees in just a short period of time.

For example, the retail value of Christmas trees in the U.S. first surpassed $1 billion annually in 2011, and now exceeds $2.5 billion. The rapid growth in consumer interest for real Christmas trees has solidified its status as an important agricultural commodity.

Beyond the dollar value, Christmas tree farms create an economic incentive for landowners to refrain from development. There are currently an estimated 40,000 acres of land utilized for Christmas tree production in North Carolina. Using this amount of land to grow a native North Carolina tree is both economically and environmentally beneficial.

Forest health threats such as pests, pathogens, and a changing climate present a challenge to Christmas tree production. To oppose these threats, it is important to understand tree survival and defense mechanisms. Tree resilience is defined as a tree’s ability to endure stress and survive. In contrast, tree resistance is a phenotypic description for a tree’s ability to actively resist attack despite significant pest pressure.

These concepts are not mutually exclusive and are desirable characteristics for trees in a changing climate. Trees have the ability to adapt or migrate to new environments as long as environmental changes are not too rapid. However, increasing evidence suggests that overall global temperature is rising at an accelerated rate resulting in increased maladaptation of local conifer populations.

Climate change coupled with increasing globalization pose serious problems to tree resources as pests adapt to and are introduced into new environments. Climate change is precipitating outbreaks of endemic and invasive insect and pathogen pests worldwide. These outbreaks result in serious ecological and economic losses to North American conifer forests. The Christmas Tree Genetics program at NC State is working to produce trees that are better suited to withstand climate and forest health related threats, and that are more desirable to consumers.

Our main research goal is the discovery of genes, mechanisms, and novel genotypes in Christmas tree species. Conifers utilize an array of defense mechanisms to resist attack. These mechanisms include constitutive (i.e. pre-formed) and induced chemical and physical systems that form an integrated defense syndrome to effectively stop attack from a pest. However, the use of genomic technologies to understand the genetic basis by which natural resilience mechanisms function in trees is virtually unexplored by the forest sector. Host tree genetic resilience/resistance has long been recognized as the ideal means to mitigate these pressures. 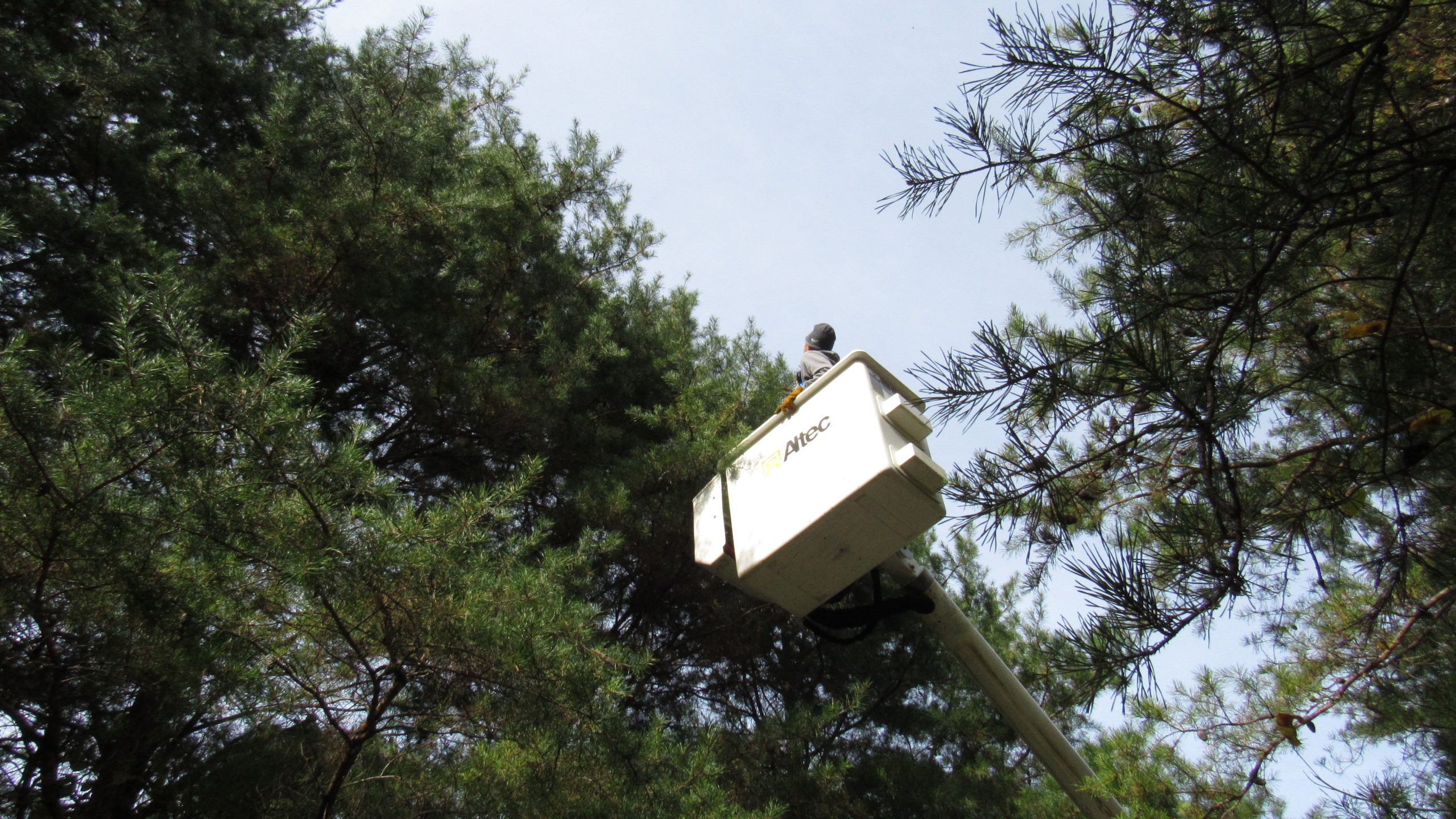 In order to adapt tree resilience/resistance traits to benefit the Christmas tree industry, a detailed understanding of the genotypic and phenotypic characteristics that underlie the interactions between trees and pests is needed. Specific areas of focus include insect-conifer interactions, pathogen-conifer interactions, chemical ecology, terpene biochemistry, and somatic embryogenesis. 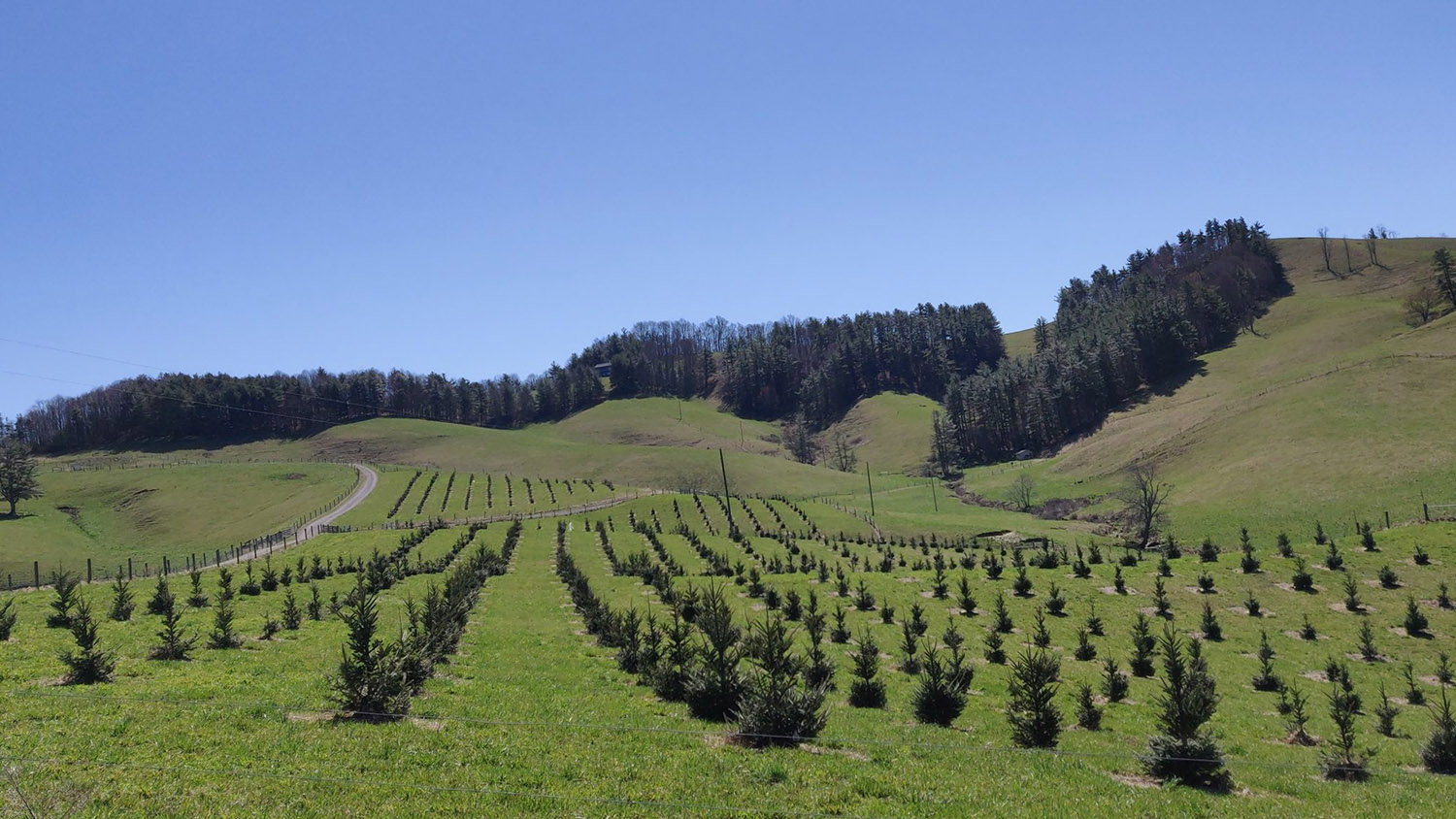 The Christmas Tree Genetics program aims to connect basic research to application through Extension. The objective of the Extension program is to provide genetically improved trees directly to growers, and to further genetic improvement by traditional tree breeding techniques.